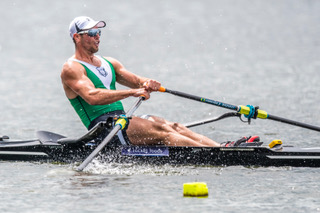 Robert Manson: ‘I hope my story will help others’

On Sunday 4th of August the Royal Dutch Rowing Federation (KNRB) participates, together with TopRow, for the second time with a boat at the Canal Pride in Amsterdam. In the run-up to this event, TopRow will publish a number of articles on this subject, starting with an interview with world record holder in the single scull, Robert Manson (28), who in 2014 openly proclaimed to be gay.

Your coming-out was just before the 2012 Olympic Games in London, in 2014 it was only massively picked up by the media. Was it a deliberate choice to do so?

“Yes, pretty much. I have written a story about my coming out and published it. That was picked up everywhere. Mainly I wanted to share my experiences about how limited and terrifying the thought of coming out felt.

I hoped that people could see the positive aspects of my story and that being gay – and in my case a top athlete at the same time – ultimately does not have to be a problem at all. I hoped that for others in such a situation my story could help. Frankly, I do not think many people have understood it like that, but I’m very glad that some people saw it that way. I have also received some very nice messages. “

Do you think that your coming-out has affected your rowing performance?

“I don’t think it has directly affected my performance. The only thing I can say is that it made me a lot happier outside rowing. I could finally be myself. “

Do you consider homosexuality being sufficiently accepted in the rowing world? And do you think that it is different in rowing than in other sports?

“Homosexuality is absolutely accepted in the rowing world. I have never had a bad experience, so I think that a fair sport like rowing is absolutely ahead. On the other hand, there are other sports that still have quite a way to go. The more people become open about their sexuality the more it is accepted and people feel comfortable to be open about who they are. It is a kind of domino effect. At the same time you must also be careful with this. It is of course a very personal issue and everyone has to decide for themselves if he or she is openly open to being gay or not.”

Do you believe that the World Rowing Federation FISA is doing enough in this area? There is already a Women’s Committee, but should they engage more in activities promoting diversity?

“If I am honest, I think the role of FISA as it is now is sufficient. I do not feel treated differently and that’s exactly how it should be. Ultimately, the athletes determine the culture that prevails and I believe we are creating a beautiful atmosphere in the rowing sport. It’s like one big family.”

What do you think of the initiative of the Royal Dutch Rowing Federation and TopRow to be participating during the Canal Pride?

“It is fantastic that the Dutch Rowing Federation commits to participating during the Pride. I attended the event in 2014 and it was a great combination of fun and showing solidarity to anyone struggling with his or her sexuality. It manifests that you are not judged on who you are.” After announcing the establishment of a new rowing centre in New York City last year, TopRow has decided to expand into the UK market by opening a rowing centre in London. This will be a collaborative project with the prestigious London Rowing Club (LRC), which was founded in 1856 for the purpose of promoting rowing on the River Thames.

“It all happened pretty much by coincidence. In response to an article on our rowing centre in New York City, which had been published on the Dutch rowing website NLroei, someone sent me an email regarding business opportunities in London. – Rowing is a very popular sport in England and many people are looking for a gateway to rowing. We believe that we provide an easy access to the sport with our unique concept of offering private rowing lessons”, says Jasper Smink, owner of TopRow company, which has its headquarters in Amsterdam.

London Rowing Club
After a short time contact was established with London Rowing Club (LRC), which is situated on Putney Embankment, where the famous Boat Race between Oxford and Cambridge starts. LRC is the second-oldest of non-academic active rowing clubs in London and one of the founders of the oldest regatta in the world, the Henley Royal Regatta. Smink says: “We are looking forward to work with LRC and I believe the Club’s board is interested in benefiting from our collaboration.”

Collaboration
The founder of TopRow, has successfully taken over ‘Roeicentrum Berlagebrug’ in Amsterdam four years ago and believes that he and his team of employees offer what it takes to make the London establishment a big success. “We’re going to hire spaces in the boathouse of LRC. Chances are high that LRC will benefit from the collaboration in the future since clients might choose for a membership with them – in Amsterdam we regularly see that people transfer to one of the clubs after they have picked up rowing with us.”

(G)rowing market
Smink is convinced that there is a growing market for rowing in London. “Rowing is already well-known in England – much more than in the Netherlands. Kids grow up with the sport during school. That makes a big difference. If you are looking for an easy access to this incredibly beautiful sport then the concept of enrolling for a certain number of rowing lessons should work perfectly – minimizing all your efforts to simply showing up for the lesson and enjoy the sport.”

More locations to come
TopRow’s ambition is to expand to other cities within Europe. “I think we have a great concept, which we can also implement elsewhere. Nevertheless, we will start by evaluating if our rowing centres in London and New York operate successfully. Key to maintaining standards and delivering high quality rowing lessons is training new instructors thoroughly. It’s important that we explain and show how we work at our headquarters in Amsterdam. We are even planning an exchange of our instructors so that our London instructors can do an internship in Amsterdam before they start in London.”

Opening end of July 2018
TopRow London will open its doors and offer lessons from the end of July 2018 onwards. People can row on Tuesdays, Saturdays and Sundays. Lessons are offered for beginners and more experienced rowers. You can also book private lessons and row in a single to improve your rowing technique as much as possible. TopRow will use the safe and stable rowing shells of Liteboat. Safety is important at the Thames because it is, due to the tide and currents, one of the most challenging stretches of water. Therefore, TopRow makes safety a top priority. You can find more information on our website. 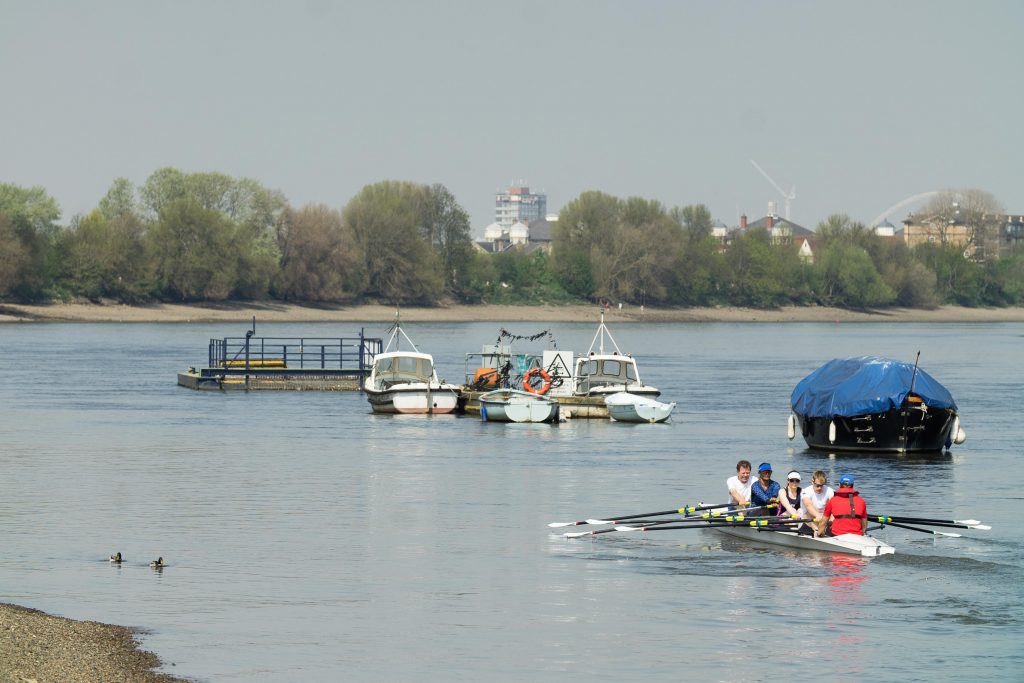